BOOK WITH VIA NOW

With more than 15 years’ experience organizing placements for thousands of volunteers from more than 60 countries, Via Volunteers is the ideal choice for ethical volunteering in South Africa. 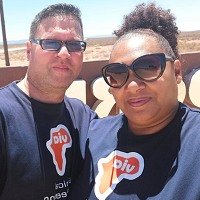 Gary and Chantal were born and bred in Cape Town. They have been involved in volunteering since 2005 and have co-ordinated and hosted numerous volunteers in their home since then. They are a passionate husband and wife team that go above and beyond to make sure our volunteers are happy, comfortable and safe.

Gary and Chantal are great company, and you will immediately feel right at home once you get chatting with them. They will be there to welcome you when you arrive in Cape Town, and are on hand to support you during your stay. Together they will ensure you have a memorable Via Volunteers experience in Cape Town.

They have an adult son, two daughters in primary school, a small adult dog and a pet rabbit that completes their family. 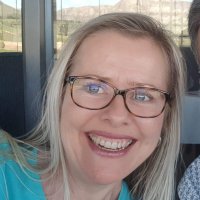 Heather had the privilege of growing up on the Cape of Good Hope Nature Reserve for the first 20 years of her life. She had lots of interesting pets like meerkats, lynx, bat eared foxes, buck, a dassie (rock hyrax) and lots of other creepy crawlies!

Although she has an appreciation for nature, her first love lies with the education of young children. After getting her teaching degree, with music and drama as major subjects, she taught for 17 years in a variety of South African schools as well as an International School. 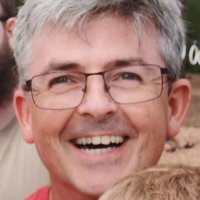 Ed has been involved with volunteering for most of his life, donating many hundreds of hours of his free time to conservation & community projects during his 17 year career in the British Royal Navy. When he moved to South Africa in 2003, he took up a part time teaching position at the South African Navy College and used his spare time to volunteer with the penguins at SANCCOB for three months.

It wasn't long before Ed's passion for volunteering found him transferring his experience as a technical coordinator for helicopter repair teams to the equally rewarding role of coordinating international volunteers on projects around South Africa.

Over the past 18 years, Ed has coordinated volunteering experiences for thousands of volunteers from more than 60 countries, and built long lasting friendships with project partners and ex-volunteers alike.

His passion for people and wildlife, and his commitment to supporting non-profit organisations in particular shows in everything he does. When it comes to running a successful volunteer organisation, Ed believes that working with genuine, sustainable projects is key.

During his shortish life he has experienced everything from freediving with sharks, whales & dolphins, to learning how to relocate snakes, joined many night walks looking for rare spiders, and enjoyed a wide variety of wildlife encounters in game reserves across South Africa. 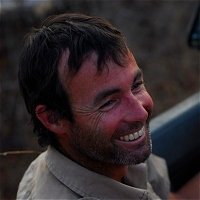 Join a dedicated team of conservationists, encounter a wide variety of African wildlife and assist with ongoing research projects within the Greater Kruger National Park. 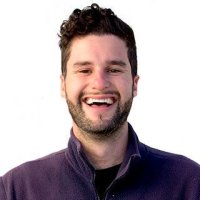 Work closely with a team of marine conservationists and biologists. Enjoy shark cage-diving, ecotours and whale-watching and experience a wide range of South African marine wildlife. 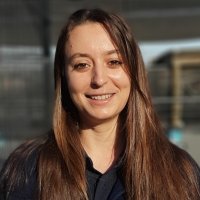 Help to rehabilitate endangered African Penguins and other marine bird species at the SANCCOB rehab centre near Cape Town. 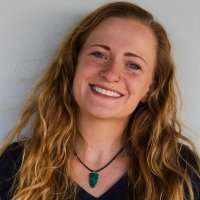 Ethical volunteering with lions, tigers and leopard at an environmentally friendly sanctuary for captive bred predators. 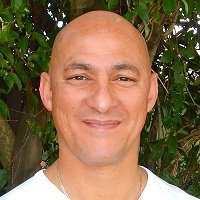 Inspire young minds through mentoring, play and homework support at this very special home for girls near Cape Town. 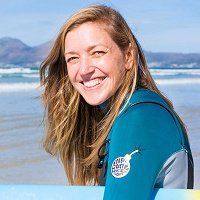 Join us for an amazing week in Cape Town with four 2-hour surf lessons suitable for absolute beginners and beyond. You'll also have time to explore and take in some of the many activities available in and around the city! 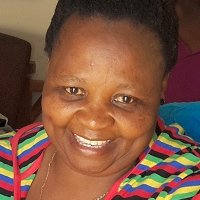 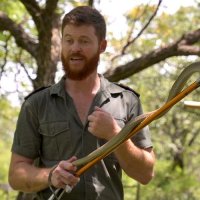 Work with a wide variety of snakes and other reptiles at a unique facility near Kruger National Park dedicated to the conservation of reptiles. 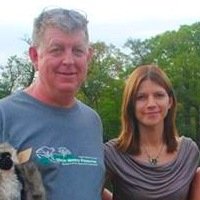 Help to rehabilitate over 500 orphaned, injured and abused vervet monkeys at a world leading primate sanctuary in South Africa.

Ashanti Lodge is our main volunteer base in Cape Town and it is perfectly positioned to give you great access to everything the city has to offer. 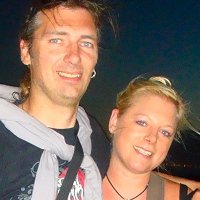 If you're volunteering with the African Penguin & Seabird Rehabilitation project, Elements Lodge will be your home away from home if you have chosen the backpacker option. 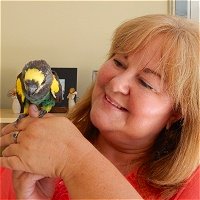 If you're volunteering with the African Penguin & Seabird Rehabilitation project and have chosen the Homestay option, Janice will be your host at her lovely home in Parklands.

Thanks for stopping by!